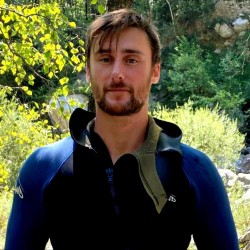 I am a seasoned programmer with more than 15 years in SaaS and am well versed in many languages and types of architectures. I try my best to thoroughly understand the technical challenges of each project going in and then choose the most effective platform / language to see it through. Recently most of the projects I’ve worked on have been based in Golang, Ruby on Rails, NodeJS and Elixir. I write clean, readable and scalable code.

For the majority of my career I have been in a back-end position, but I've also tackled front-end challenges for several years. I’m good at dealing with the infrastructure and know the importance of being able to adapt myself to any given situation / technology. I pride myself in being able to think through complex systems, anticipate problems, and fix them before they happen.

This fast growing startup specialized in webinar and online meetings needed someone on the back-end to bulk up their technical team. After one year working as their top engineer I became the head of back-end development and started leading several software engineers teams. In my time there, we’ve managed to improve our architecture and infrastructure to handle ten times more traffic within less than a year.

This startup called me to help them technically ; unable to release a solid sino-germanic marketplace, they asked for help. I had to take the lead in a small team, completely rebuild their front-end, stabilize the whole back-end side and improve its speed / scalability. I established multiple processes such as CI/CD, programming good practices, testing, git organization, schedule boards and finally delivered a stable version after a few months.

Back-end developer & Software Architect in a team of four Ruby on Rails developers. We created three full stack ruby SaaS applications and handled everything from design and planning to deployment. I personally dealt with the project schematics, software flow, creating multiple APIs, and wrote most of the backend code. Had to overcome obstacles such as constantly evolving software requirements based on user needs while keeping the code base clean and maintainable.

Created a monthly delivery box company with two other associates and one graphic artist. I was the lead developer / project manager and created a very customized shopping cart tailored to the needs of our delivery service. I engineered systems to handle customer leads, order flow, a recurring payment system using stripe (>50 000 euros growth), and a module that programmatically fulfilled orders. I also aggregated data that was collected from our users and build out a reporting module with several easy to understand graphs that helped to make sense of many complex and relational data sets (>2 000 orders).

Created a code outsourcing company with one associate. I had to find customers and deal with their needs as project manager / back-end developer. Three big web-projects were made throughout an entire year and stayed scalable despite lots of changes from the initial requests to the end.

Despite the brevity of this experience I must include it. Greece was in the middle of the crisis back then and I helped out this wholesale company with their web strategy in an emergency context. I had to setup a product website and find ways to make them visible on the Internet while their growth was dramatically decreasing. They are still on track today.

In my hometown it was legal to sell alcohol late into the night, but most stores did not stay open late. There was a need that no one was servicing. I teamed up with one other associate and created a web based alcohol delivery service. We leveraged the power of social media in combination with an easy to use web interface that made ordering alcohol online easier than ordering a pizza. We started with a Minimum Valuable Product and after seeing success we began growing the usability of the ordering platform. Aside from improving the website, we created an App that customers could use as well to order from their phones. The company became very profitable very quickly. We however, found it difficult to grow outside of the local area for legal reasons. After overcoming all the technological challenges I started to grow bored with the business and ultimately sold the company for a nice profit.

I started to get contracts for ActionScript development back in 2003. At the time there was a big trend in Flash games / Casino games ; I surfed on it for a while. I then got hired from time to time in different fields and evolved by learning other languages (C, TCL/eggdrop, PHP, ...) ; my projects went from IRC server bots to Flash encapsulated softwares. During this period I got hooked on web development and have continued in this field ever since. I began improving my workflow by moving to an Object-Oriented / MVC approach. I got several small / mid-sized web projects throughout the years as freelancer beside my other projects.

Started college in 2009 after a successful Literature Baccalauréat. I earned a Licence of Communication in Bordeaux and then studied Linguistic Science for one additional year. I worked as developer in parallel of all this and decided to stop my formal college studies to focus on my passion which has become SaaS software development and pursuing my business ideas.